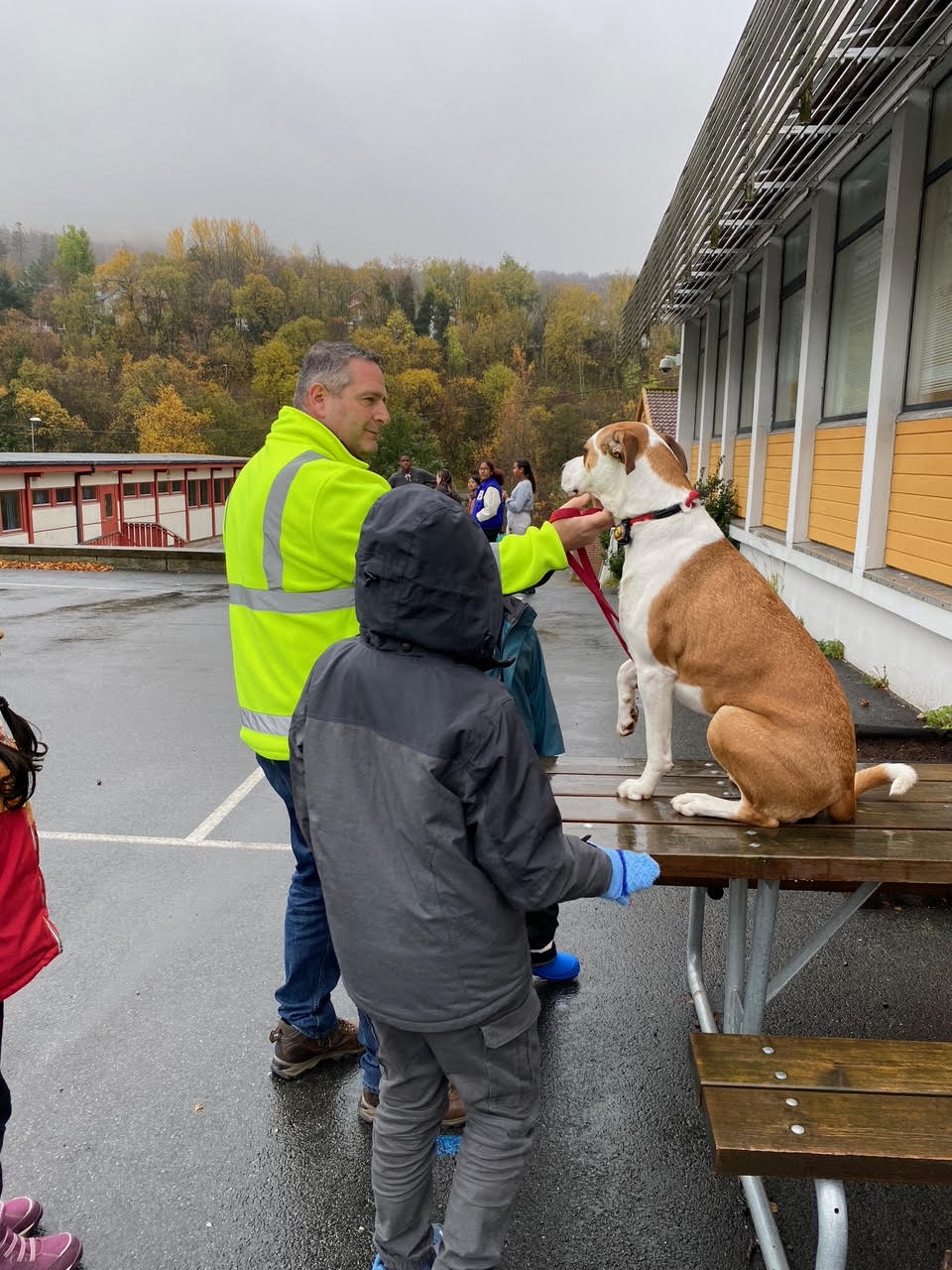 Finland says SDIS is the "best school in Norway!"

Don’t get us wrong- this is what we got from Finland after he visited SDIS, and he stayed for a week.

Finland (Finn) is a Boxsky (Boxer/Husky mix), who has been adopted by our Middle School Principal Matt Manfredi back in 2021, from Southold, New York.

“Finn’s journey began in Chickamauga, Georgia, USA” Matt says; “If he was not adopted they would have to put him down.” Luckily, Finn was rescued by North Folk Animal Welfare League and adopted by Matt and his daughter Kayley. His first trip was to Vienna, Austria where he received a European Pet Passport and then moved to Norway.

A published article in Frontiers in June 2021 (Grove c. et al.) suggests that “dogs can enhance children's well-being in a variety of settings from schools, hospitals, airports, and courtrooms”. When necessary precautions are taken, having a dog around also creates a sense of safety in children.

During his stay, Finland met our students at the playground, claimed one of our volleyballs as his (and took it with him), visited the MYP classroom and even got a couple of extra belly-rubs from the staff. Not to make our regular visitor Cohen jealous, we loved having Finn around!